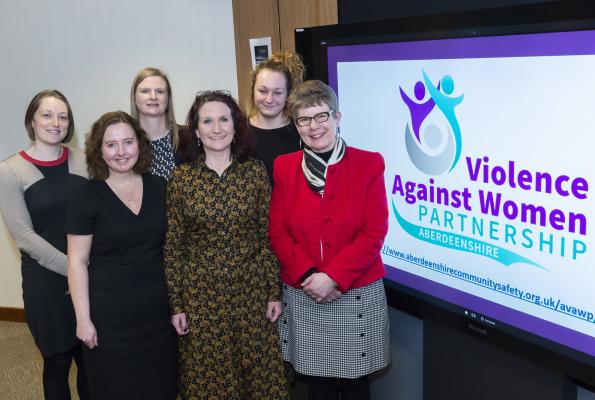 We were delighted to attend the launch earlier this week of Aberdeenshire Violence Against Women Partnership’s strategy and action plan.

The partners are working closely and collaboratively, at strategic and operational level, to deliver “Equally Safe”, Scotland’s strategy for preventing and eradicating violence against women and girls,

The strategy and action plan, the result of many months of work and research by the partners and shaped by the voices and insights of women who have experienced domestic abuse, is a major step forward in tackling gender equality and ensuring the safety and well-being of women and children.

Reflecting that of “Equally Safe”, the new strategy has four key priorities:

Grampian Women’s Aid Development Lead, Alison Hay, says, “Domestic abuse violates human rights because it denies women their rights, including the right not to be treated in an inhuman and degrading way and the right to respect for private and family life. Domestic abuse and associated forms of violence deny these basic rights in themselves. Partnership working is vital in tackling all forms of violence against women.”