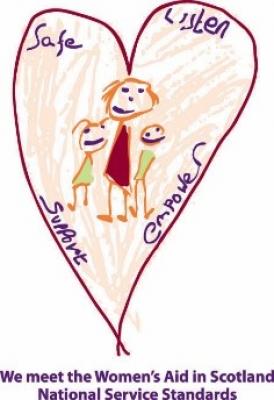 After a rigorous assessment process, we’re excited to announce that Grampian Women’s Aid has met all five of the ‘Women’s Aid in Scotland National Service Standards’.

Over the past 40 years, we’ve developed our in-depth and specialist understanding of domestic abuse and its impact on women, children and young people, and are delighted that our expertise, service delivery and highly skilled staff have been officially recognised.

We’re proud to be affiliated with Scottish Women’s Aid and will continue working closely with the Women’s Aid network to eradicate domestic abuse.

Scottish Women’s Aid has received a grant for a year from the Scottish Government’s Justice Department, to host and co-ordinate a project to train the trainers to build the capacity of the Women’s Aid network to offer local training on the Domestic Abuse (Scotland) Act. This reinforces and supports our role as the local and national experts on coercive control.

The key outcome is that women, children and young people receive good quality services from key agencies that respond to domestic abuse and that survivors live in communities that hold perpetrators responsible for domestic abuse while desisting from victim blaming. For these outcomes to emerge, it is imperative that agency responses to domestic abuse come from a rooted understanding of domestic abuse as coercion and control.

We’re delighted to announce that Grampian Women’s Aid has been selected as the official lead trainer provider on the Domestic Abuse (Scotland) Act for the Grampian and the Highlands area. We look forward to working with a number of community organisations and agencies in the autumn period.