What About the Men? 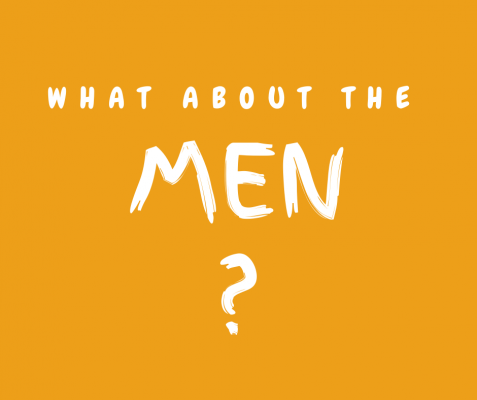 Let’s take the opportunity to address this often asked question.

An Understanding of Gendered Analysis

A gendered analysis recognises differences in men’s and women’s experiences of violence and abuse. This is useful because it indicates actions which can guide development of services to respond to the consequences of abuse and importantly, actions which ultimately reduce the likelihood of domestic abuse occurring.

So, What About the Men?

There are many misconceptions about domestic abuse and men, often stemming from a desire for ‘equality’ or ‘gender symmetry’. This misses the point about the nature of coercive control, which is a crime of liberty as opposed to violence

While some men do experience domestic abuse, research consistently shows that, where men are involved in domestic abuse, it is as perpetrators rather than as victims. The Scottish Government in 2018 reported that “consistently, where gender information is recorded, four out of every five incidents of domestic abuse have a female victim and a male perpetrator.  When women are perpetrators, this is most likely because they are responding in self-defence or to protect their children.

When research considers the range and impact of abuse rather than simply counting incidents, differences in the experiences of men and women consistently emerge. Research evidence suggests that men perpetrate abuse more often and more severe in nature than women and that the negative impact of experiencing abuse is greater for abused women than abused men. Some key facts:

The Equality Duty is about taking an equalities approach. It does not mean treating everyone the same.  It means recognising difference and redressing disadvantage. If Women’s Aid takes a gender-neutral approach (assumes there is no difference), it means that the different experiences of women and of men are disregarded, and it reinforces existing inequalities.

Approaches which do not recognise the influence of gender in everyday experiences fail both men and women. Assumptions that experiences of men and women are equivalent will not achieve equality of outcome.

Women’s Aid recognise that domestic abuse is a cause and consequence of women’s inequality and that the vast majority of victims are women. As a specialist service, we are therefore one of the very few charities that provide women-only services.

Overwhelmingly, existing and previous users of women-only services emphasise the importance of this gender-restriction. For many women experiencing domestic abuse, women-only space is highly valued and accessing support will depend on whether or not it is a women-only service. Indeed, the Equality & Human Rights Commission reporting on the impact of changes in commissioning and funding women’s only services states “Many women would not have accessed support services if they had not been women-only in the first instance”.

The final words, however, from a survivor of domestic abuse: ‘A women-only service makes a difference. I wouldn’t have felt okay to talk to a man about had happened to me. It takes me a while to trust people in general and a long time to trust men because of what happened.’ (Grampian Women’s Aid service user, 2018)

If you are a man, or are worried about a man, who may be experiencing domestic abuse, the following agencies can offer advice and support: