Our Conference: A Great Day.....and What Now? 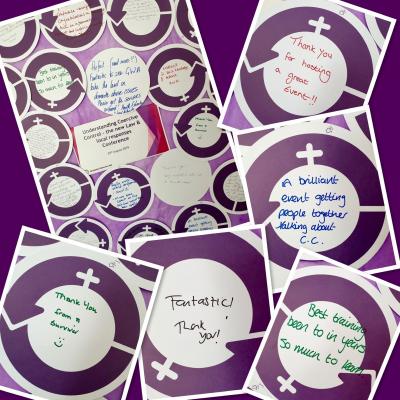 It was a big day for Grampian Women’s Aid on Tuesday 20th August when we held our first Conference in Aberdeen.

The focus for the day was Understanding Coercive Control & the Impact on Local Resources and 200 people attended from many sectors including: local authority housing and social work; health; police and education.

Alison Hay, our Fundraising & Development Lead, compered throughout the event and started off by welcoming everyone in the room and setting the scene for the day. The event kicked off with a warm welcome.  She then welcomed our first speaker, Dr Marsha Scott to the floor.

Marsha is Chief Executive of Scottish Women’s Aid and has advocated, volunteered, researched, and worked in gender and violence against women sectors in Europe, the United Kingdom, and the United States for 30+ years. She talked to the audience about coercive control – the misconceptions and the myths, the reality, the research and of the lived experiences of women, children and young people who, when they break free, are surrounded by systems and services that are not designed for them.  Marsha then went on to explain the purpose of Scotland’s ground-breaking Domestic Abuse Law introduced three months ago. She talked about how at last we have a law which recognises coercive control and other non-violent forms of domestic abuse as a crime.  No longer is violence the only recognised form of abuse. How, agencies across sectors – across local areas - need to work to ensure the evidence required by the courts to prosecute a perpetrator is recorded and used – how we need to work together to “MAKE THE LAW WORK”.

Alison then read the words of a woman supported by Grampian Women’s Aid.  The brave and thought-provoking piece began “This Is What A Brain Feels Like Under Coercive Control”.

After a short break, Luke Hart took the floor to talk. In 2016, Luke’s father shot and killed his mother, Claire, and 19-year-old sister, Charlotte, in a car park swimming pool in broad daylight. Luke and his brother, Ryan, had broken their mum and sister out of the family home only five days previously, and moved them to safety five miles from the family home. Luke says that “despite our father's controlling nature, we had never considered our lives to be in danger. We had never considered that we were victims of domestic abuse as our father was never physically violent.” Luke went on to talk with passion and insight about just what he, his mum’s and his siblings’ lives were like growing up in their household.  The levels of control imposed on his mother by his father, his father’s obsession with power. All things they only now – after losing their precious mother and sister to the ultimate act of control – recognise for what they were.

It was clear how much Luke’s story impacted much of the audience. And, in the Question & Answer session which followed, where we were joined by Drew Sharp from Police Scotland, the audience had many questions for Luke about his experience along with questions about housing options; LGBTI+ experiences; convictions since the law came into place, and next steps after the conference.

So, indeed, next steps?  Our conference was a success.  We know this from the many positive comments and ratings we’ve received via the post-event survey and from direct feedback we received on the day.   However, how do we build on that? In that room, on the day of our event, in the audience and on the floor, there was so much experience and knowledge of the subject. So much enthusiasm and willingness to make a difference. How do we harness this and work together to tackle domestic abuse in all its forms, and ensure the new law does what it is designed to do? Well, as first steps: we suggest to our partner agencies that, working together, the Violence Against Women partnerships in Aberdeen and Aberdeenshire are the ideal platforms to continue the dialogue to shape and implement best practice at a local level.  Collaborating, sharing knowledge and expertise, and learning from each other is the way forward. 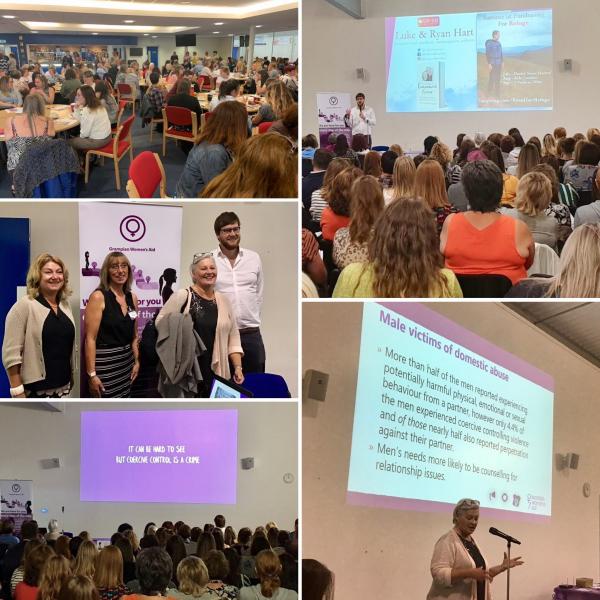 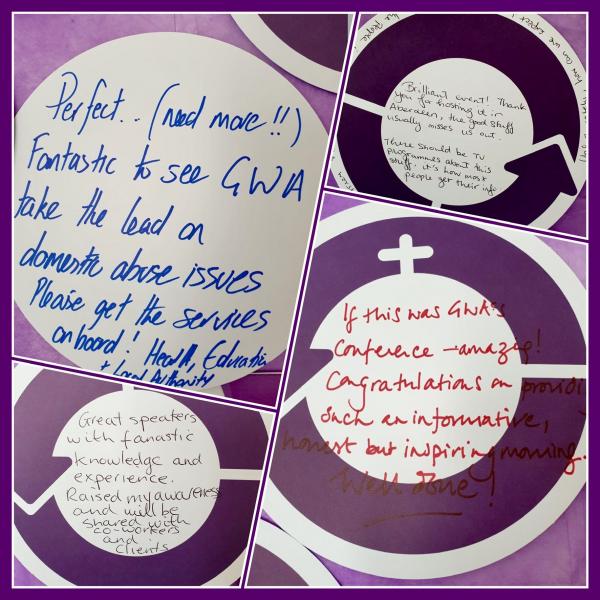