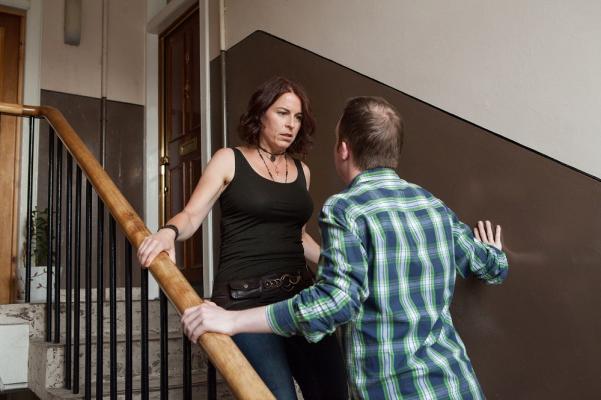 A teacher living in France, Zara* had been married for two years when she moved to the UK with her husband and child. After leaving her friends and family behind, her husband quickly used this opportunity to dominate their relationship and became volatile, leaving Zara afraid to voice her opinions.

She said: “He isolated me from everything and everyone. When I asked him to introduce me to his friends and family, he would say bad things about his own friends and ask me to stay away from all that. That way he slowly made me so dependent on him.”

Through both physical and emotional abuse, Zara began to lose respect for herself, believing her husband when he said she was a bad person and accepting that she deserved to be beaten.

She said: “The emotional abuse started soon after our marriage. If I raised my opinion during an argument, he would say I had mental problems and that I’m hysterical. He did all sorts of things to make me feel bad and, most importantly, very low about myself. The physical abuse started when we had an argument and he suddenly started beating me on my arms. I started to cry and he stopped. But he didn’t apologise for his act, rather he blamed me and said it was my mistake and because I didn’t stop arguing, he had to beat me.

“I didn’t realise until the end of the marriage that I was going through an abusive relationship. The emotional and physical abuse became more intense and every time it happened, it was just a reassurance for me that I’m the bad person and I deserved it all. I never once thought about leaving because I always blamed me for everything and believed completely that I had problems.”

Zara’s marriage came to an end when she finally hit back. During the incident, her husband recorded her hitting him on his phone and reported her to the police, who arrested her. After being given bail, Zara was directed to us by the Citizens Advice Bureau.

Initially, Zara was worried that we wouldn’t believe her side of the story after being arrested: “I was reassured that GWA would never judge me and would believe what I say. They gave me advice on how I keep myself and my little one safe. I was afraid of telling my work but GWA advised me to talk to them and, to my surprise, I got a lot more support than I expected, especially throughout the legal process.”

After our support to take back control of her life, Zara now feels like a different person. She loves and respects herself and vows never to be treated that way again: “Looking back, I thought the abuse was a normal part of marriage so I never spoke about it. People say they would never let that happen to them but abusers are very manipulative. They firstly break your confidence and slowly take control over you and your life. It has nothing to do with the type of women you are, how well educated you are or your financial situation – it could happen to anyone.”

*Zara’s name has been changed to protect her identity